This Italian made film, starring Kirk Douglas features a miniature Greek galley in a storm and narrowly dodging a large rock thrown at it.

The special photographic effects are credited to Eugen Shuftan who was known for his Shuftan process which was a method of combining a miniature with live action through the use of a mirror. Generally the miniature was built to one side of the stage and reflected into the lens via the mirror placed in front of the camera. The live action portion of the shot was placed at the back of the stage and photographed at the same time through the mirror where a section of the silver had been carefully removed. Depending on the effect required variations were used where the positions of miniature and live action were reversed or the miniature was replaced with painted artwork. 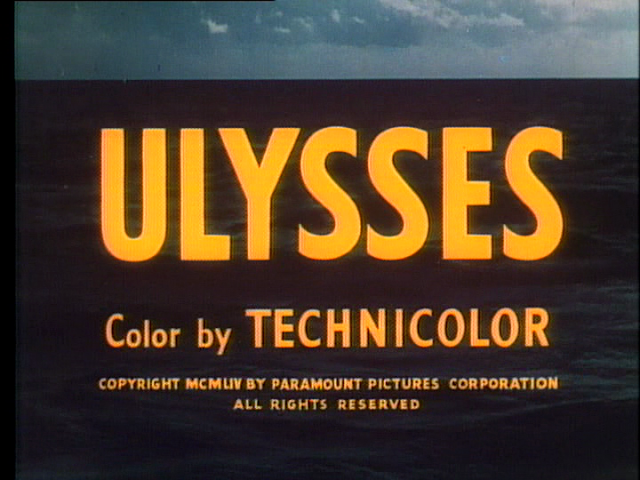 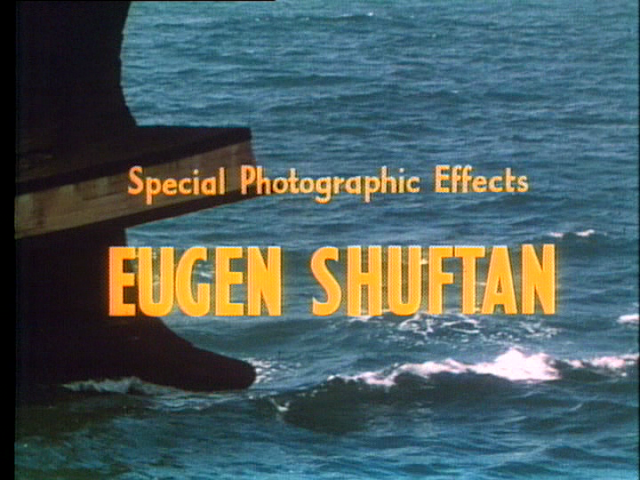 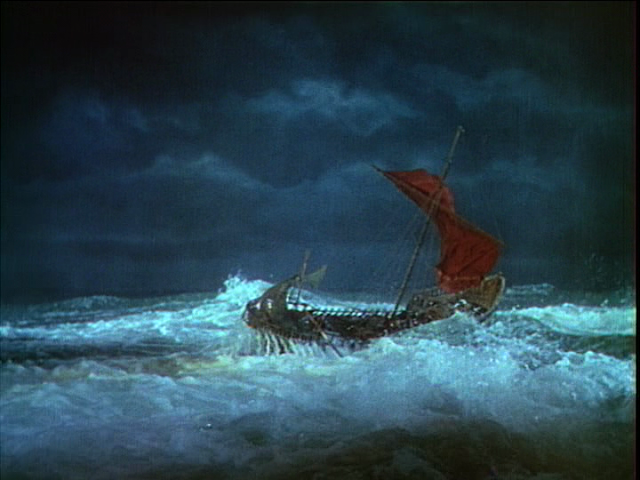 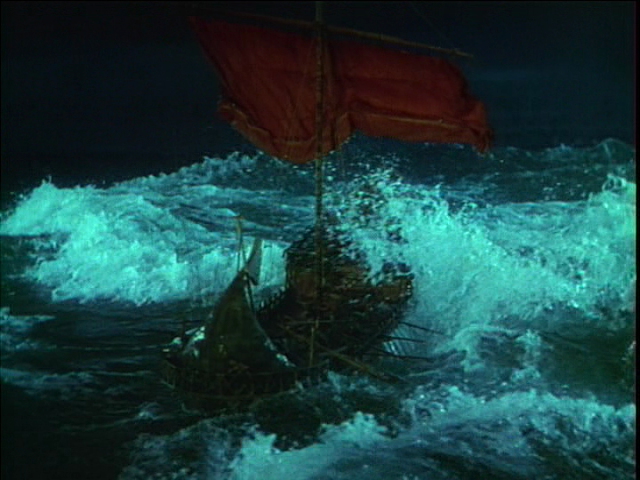 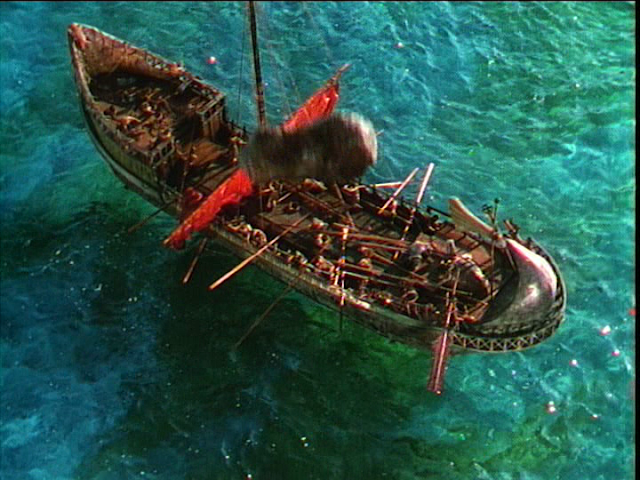 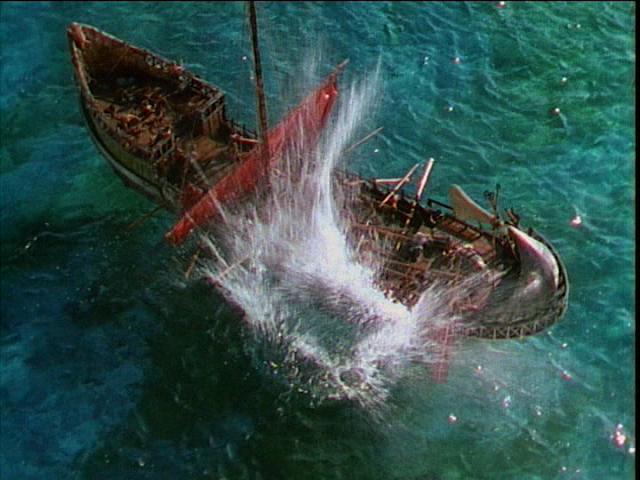 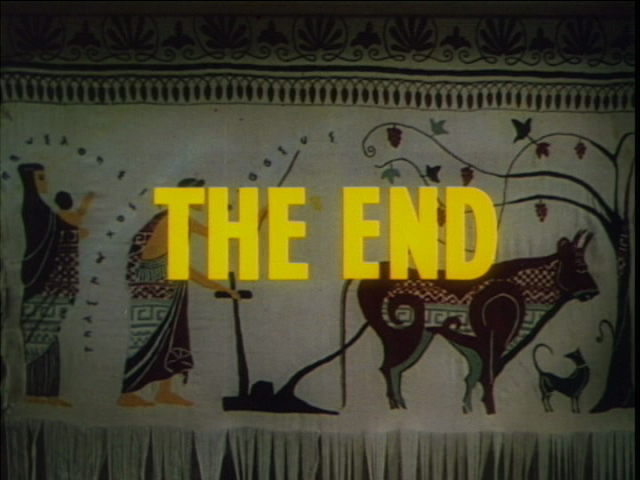