Around The World Under The Sea 1966

For most of the movie the submersible named the Hydronaut was a full size prop that can be seen at the surface and underwater in relatively shallow depths. For shots depicting greater depths, dangerous rock falls, volcanic eruptions and a giant eel there was a miniature Hydronaut employed. 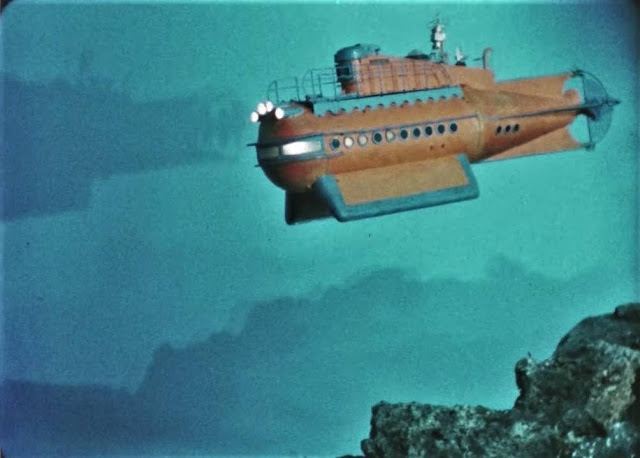 The miniature visual effects were done by Project Unlimited a company run by Gene Warren senior. The model shots are mostly very nicely shot and reasonably convincing. You can tell the model Hydronaut from the fullsize one as the miniature has an interior light emanating from the large front window and portholes in its side, whereas the fullsize prop does not. 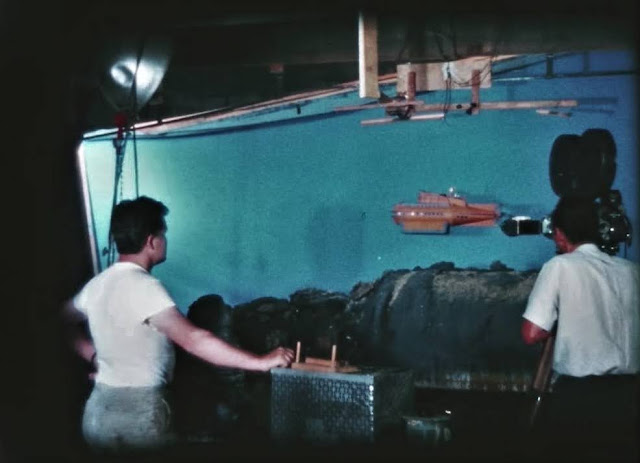 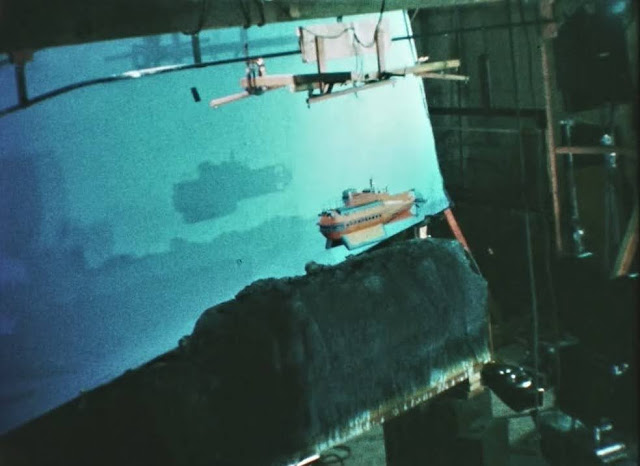 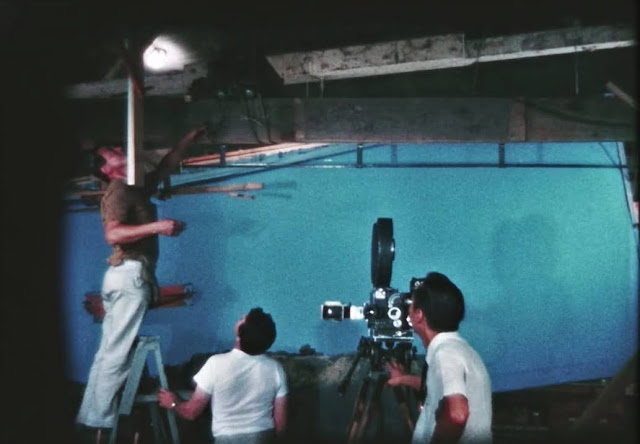 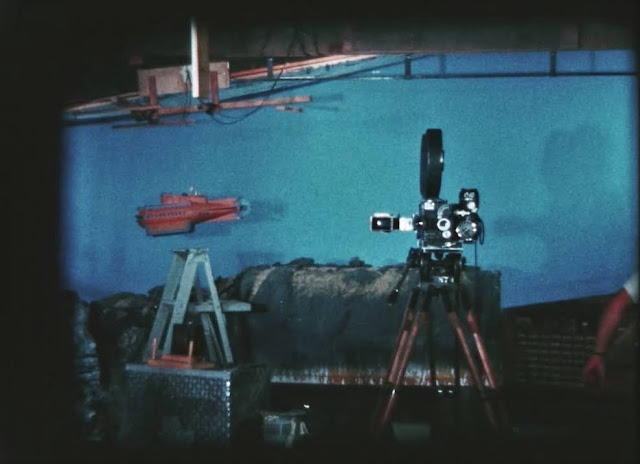 The least successful shot with the miniature is when it is shot against a back projection of very grainy footage of undersea lava which is also featured in the lobby card example I have. 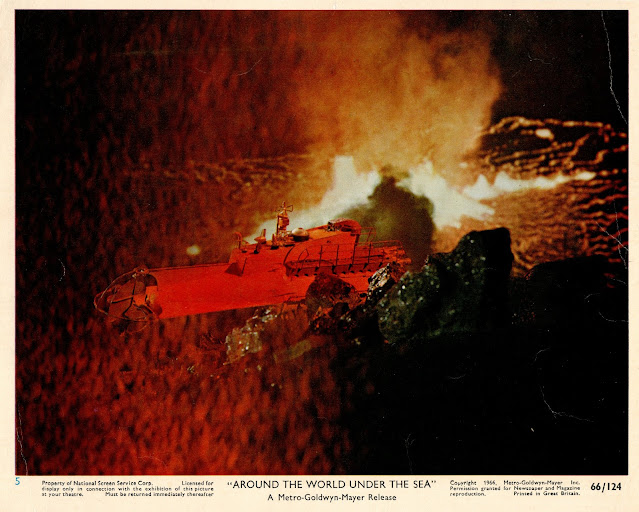 There is a terrific clip of Gene Warren Junior talking about working for his father on the film on Youtube, one of the extras clips put up by Berton Pierce from his magnificent documentary A Sense Of Scale which is a must see if you are in any way interested in miniatures. A Sense Of Scale Documentary

There are a couple of shots of a large explosion on the surface of the ocean which has been lifted from Atlantis the Lost Continent 1961.