Solid work by British special effects men Syd Pearson and Bill Warrington. My guess is that Bill Warrington handled the miniature viking longship in the two maelstrom sequences. He had already been involved with Sink the Bismarck(1960) and supervised the fantastic miniature storm sequence in the Guns of Navarone (1961) before this rollicking tale of vikings, moors and a huge solid gold bell came along. The maelstrom churns chaotically with many crashing waves from the dump tank and bursts of what looks like dry ice fog, battering the model and the miniature rowers. The first sequence is given a warm almost sepia colouration where as the second sequence is standard daylight. I suppose this is to differentiate the two sequences which as far as the action depicted is basically the same.

The 12 foot (3.658m) longship model was built by legendary British model making company Master models  responsible for some other famous Film and TV work. As their website can attest they're still going today. 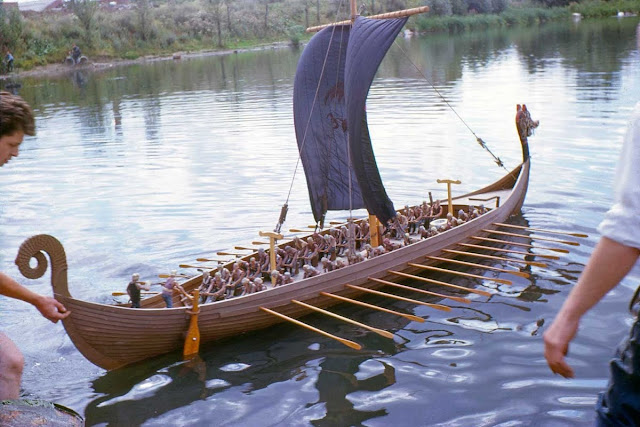 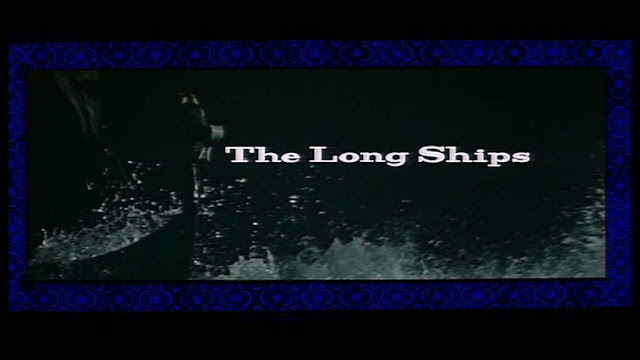 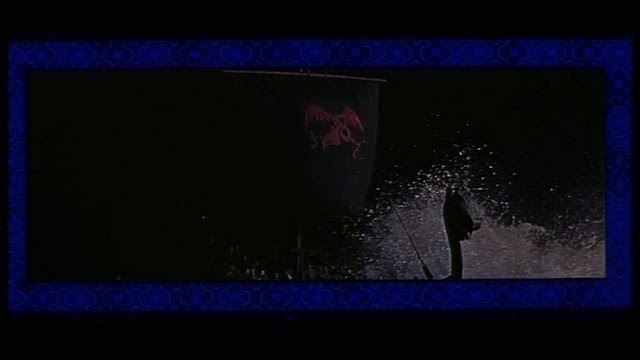 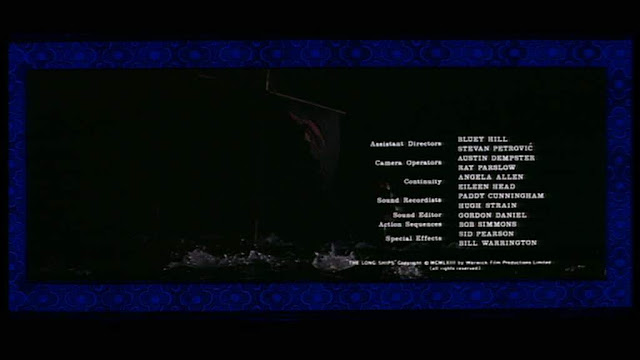 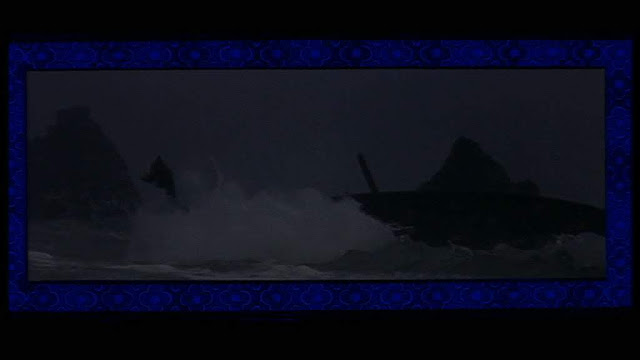 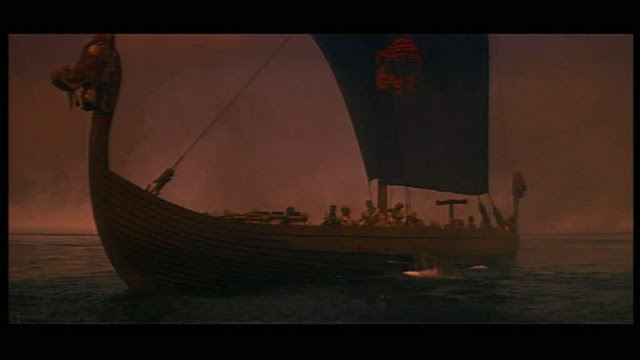 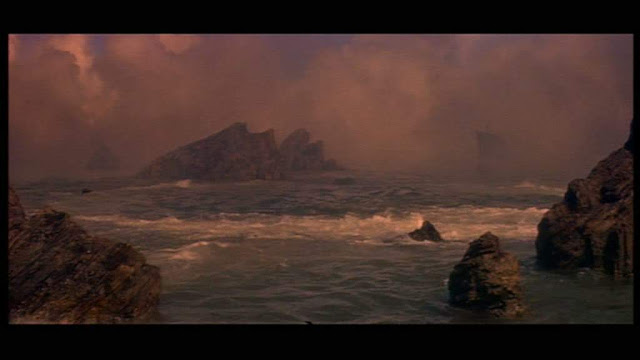 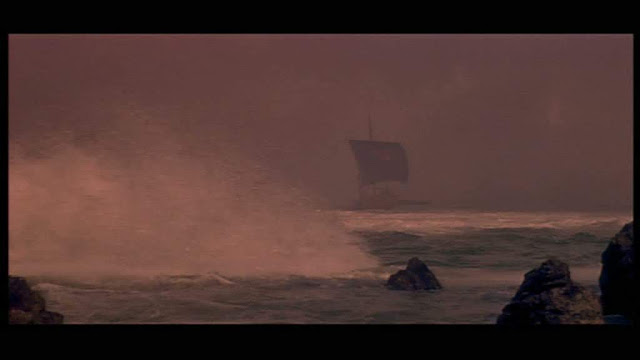 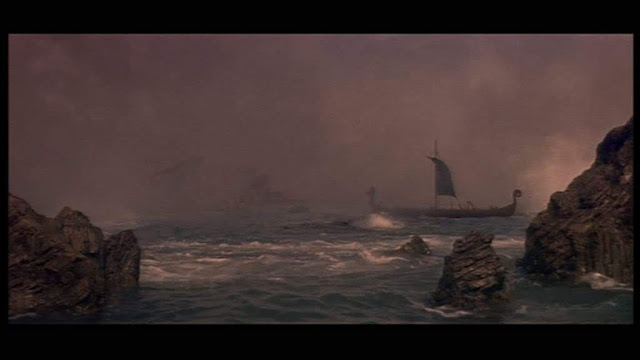 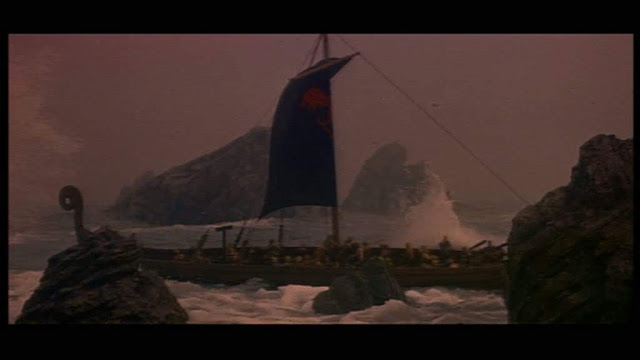 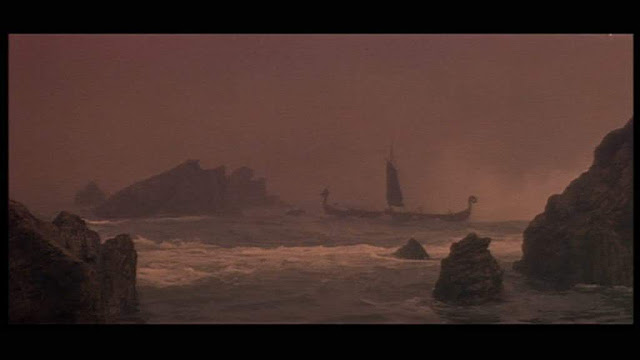 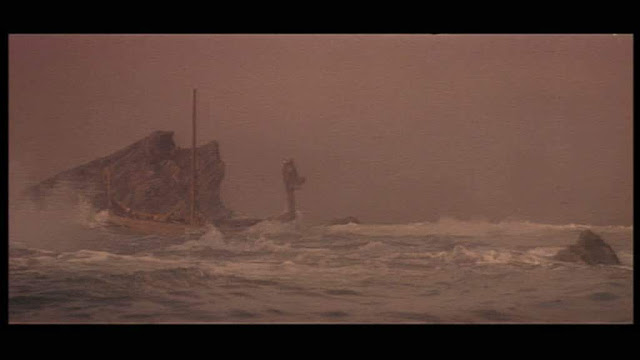 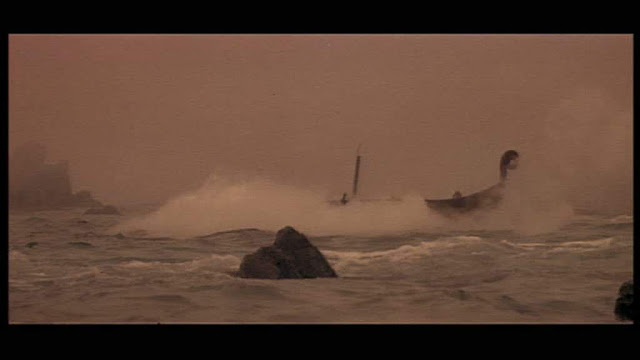 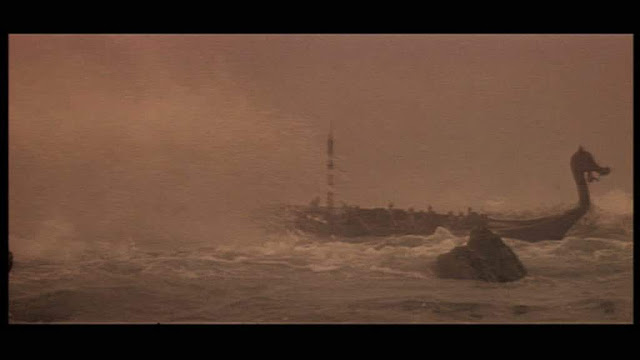 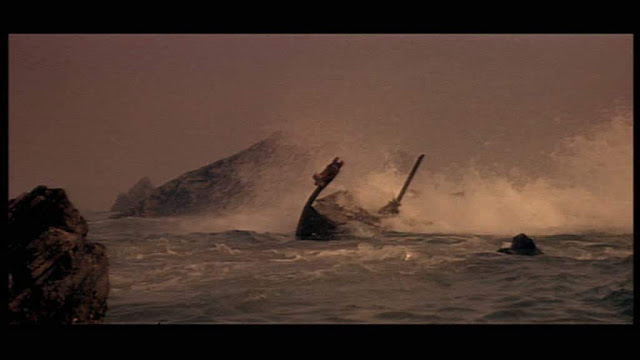 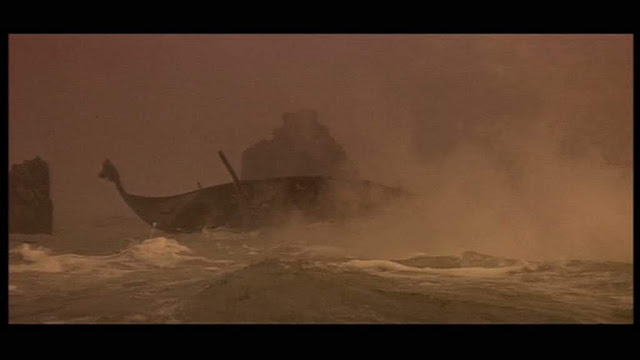 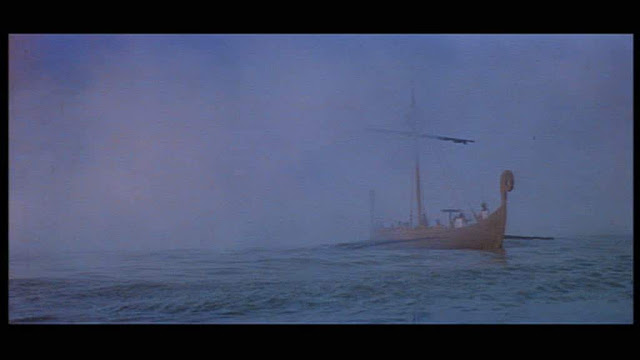 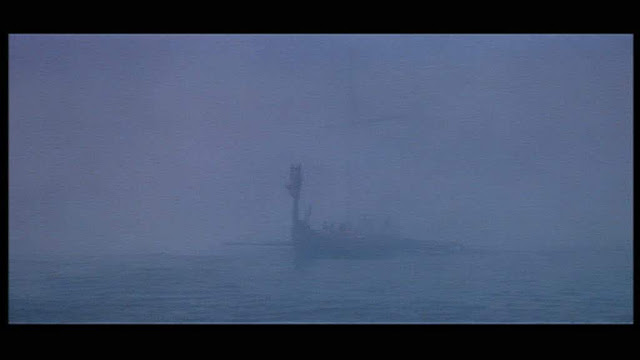 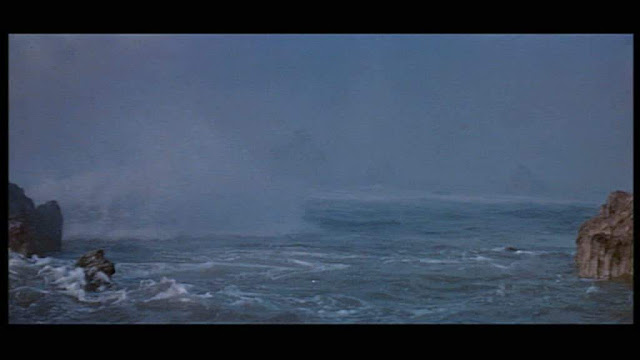 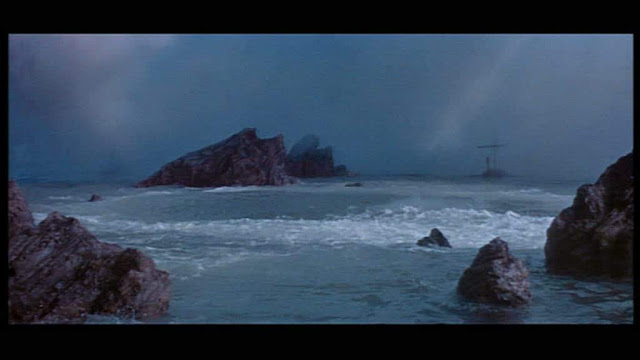 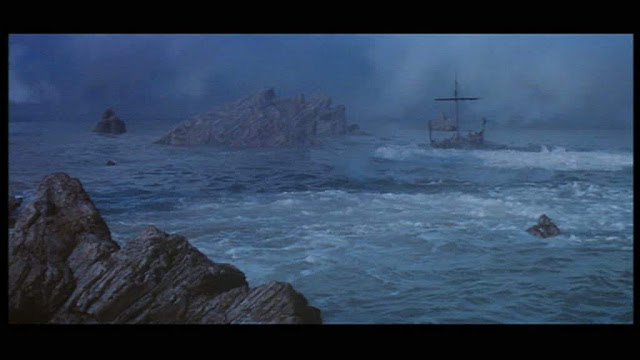 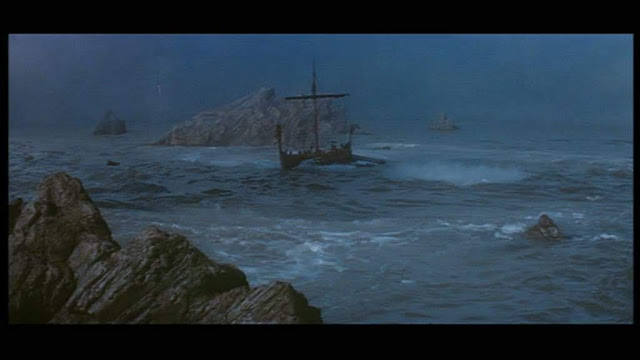 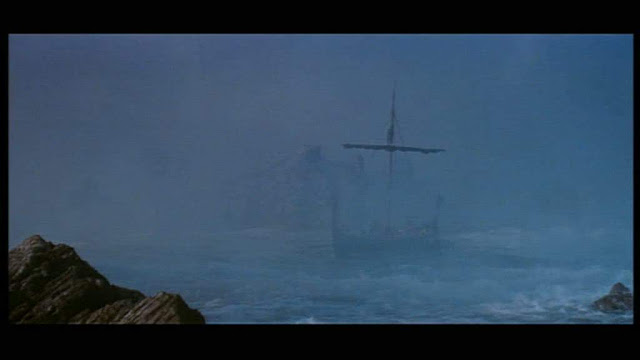 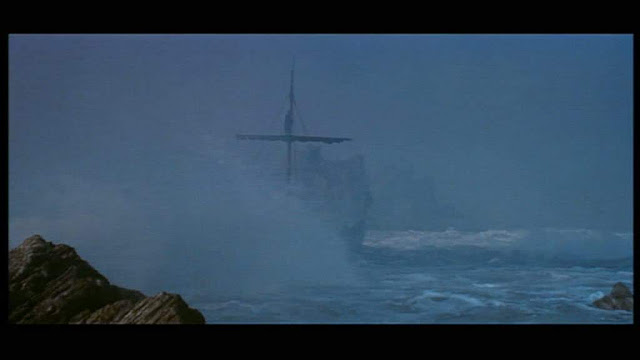 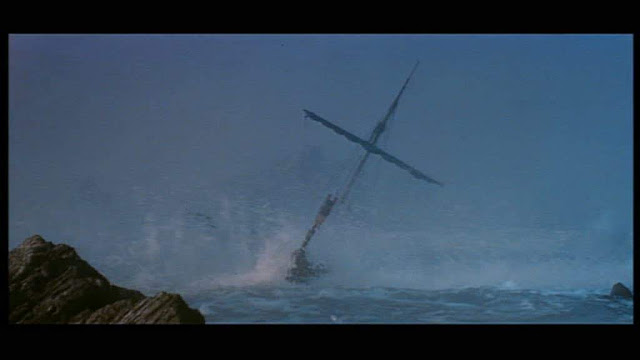 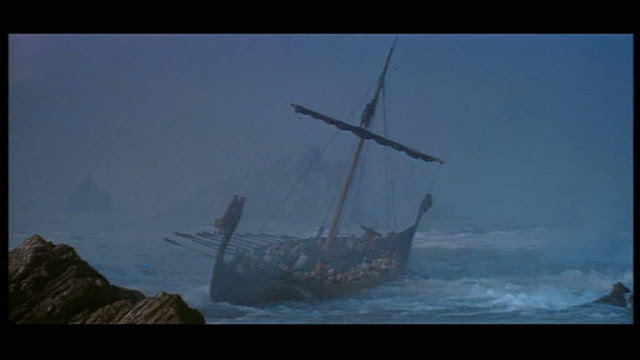 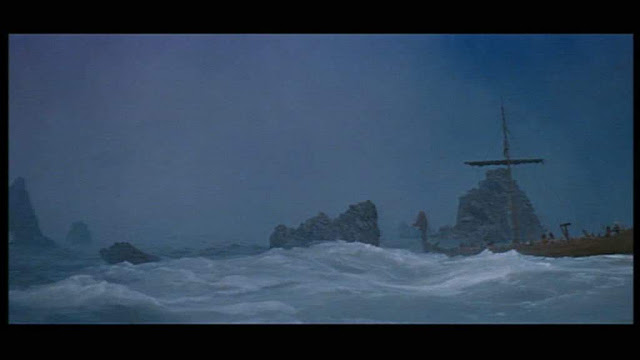 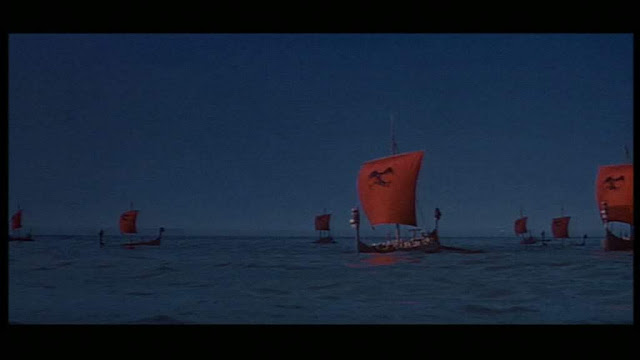 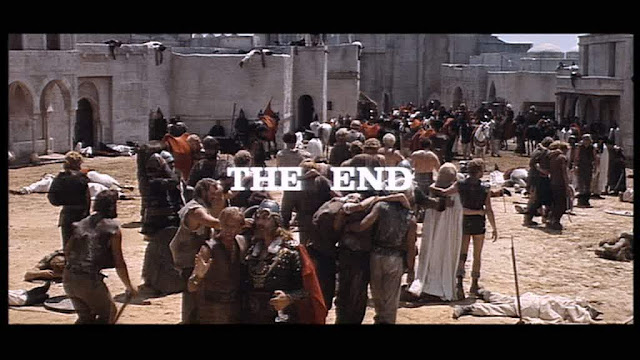