Some atmospheric model ship shots in this famously off the wall film. Miniatures supervised by Cliff Richardson a renowned figure in British special effects.

I presume the credit for  Robert A. Mattey was for the assorted full size mechanically operated monsters that appear in the latter stages of the film. He was most known for the giant squid that  is seen in 20,000 Leagues Under the Sea  in 1954 and "Bruce" the shark in Jaws in 1975.

The one criticism I have is that the stagnant sea is just too flat for scale realism and would have been more effective if it had had some fine ripples on its surface. 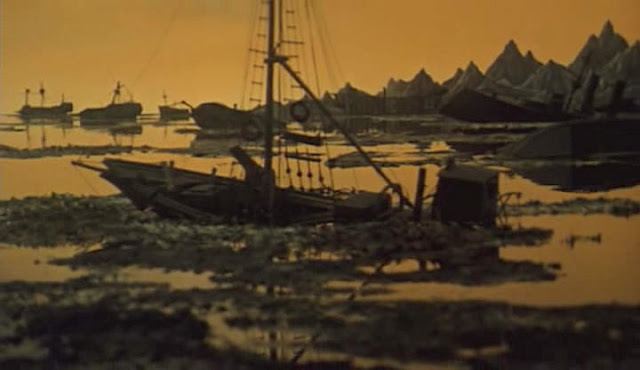 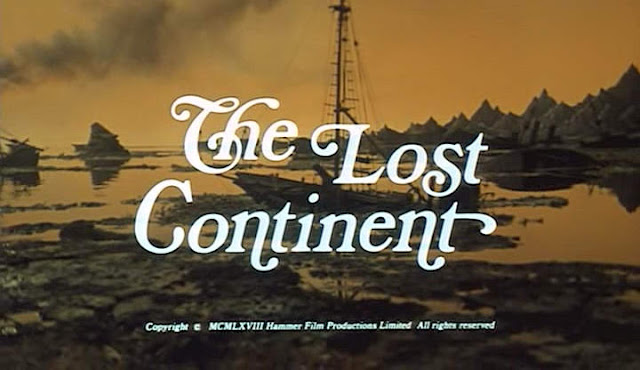 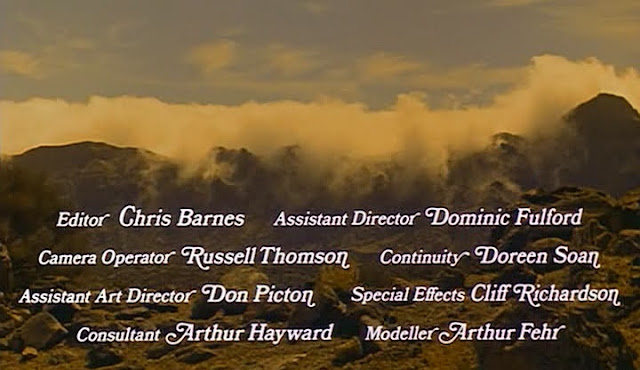 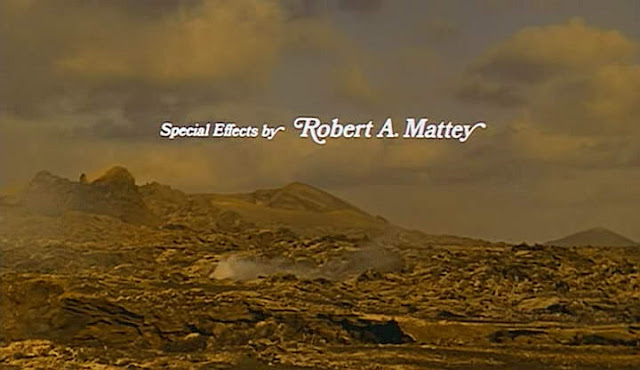 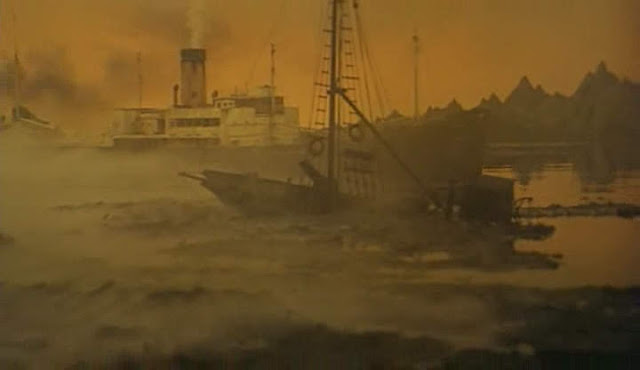 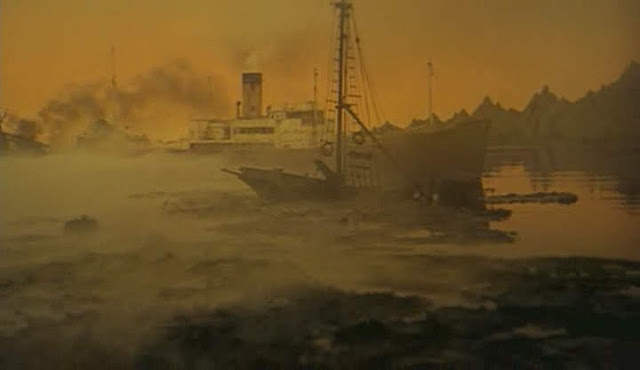 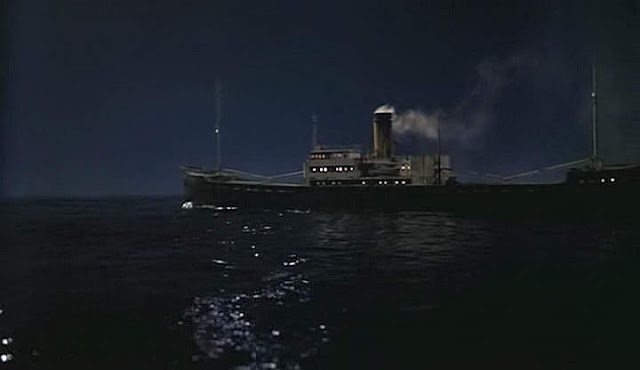 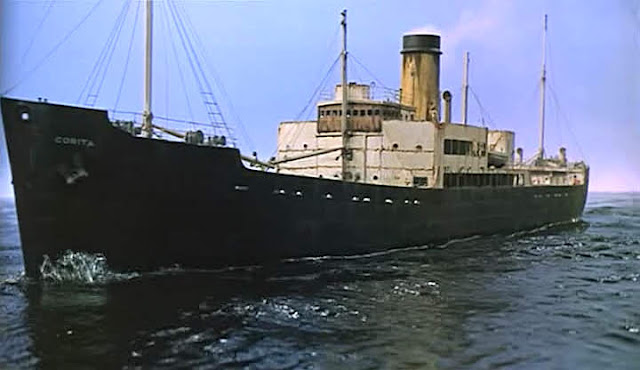 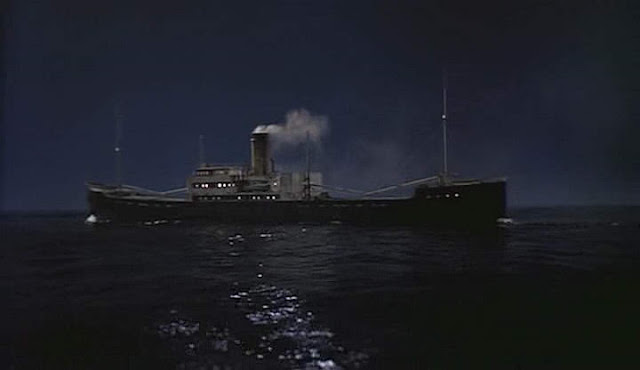 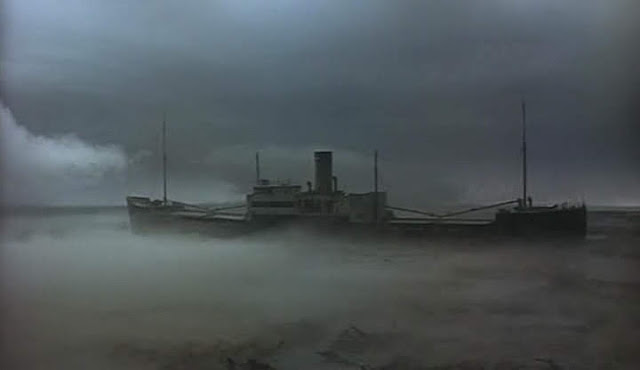 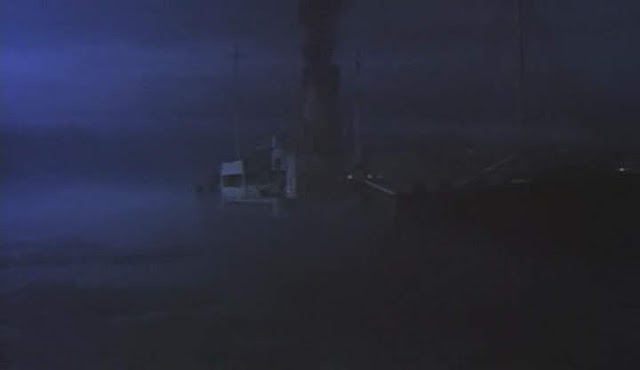 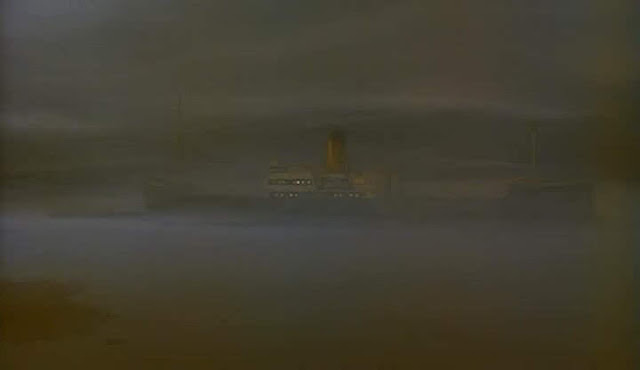 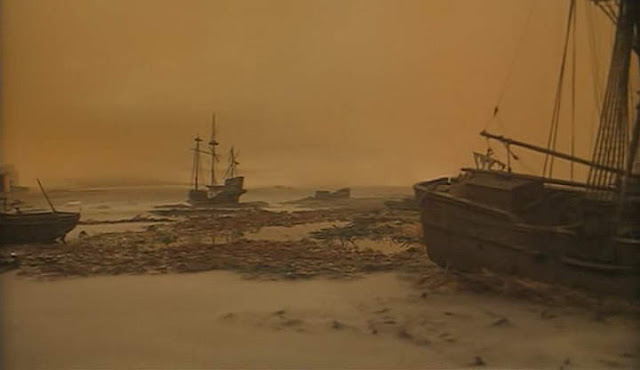 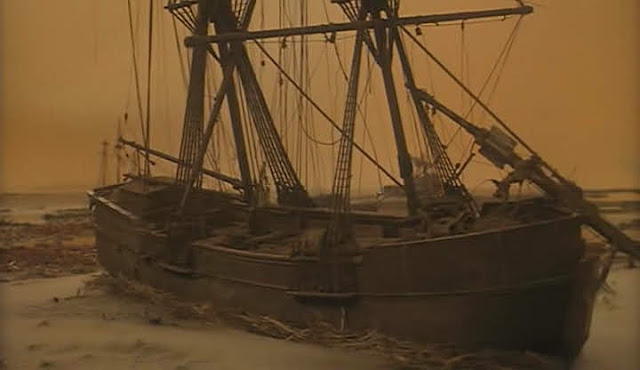 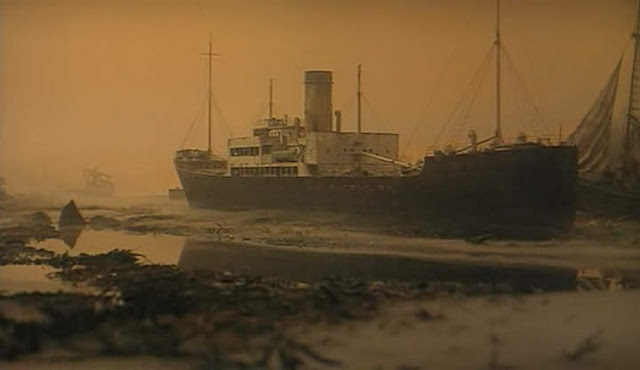 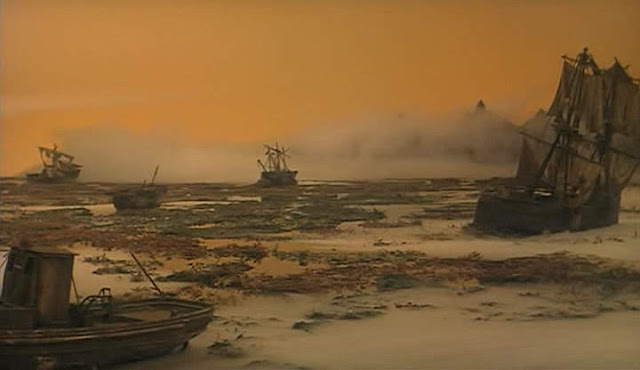 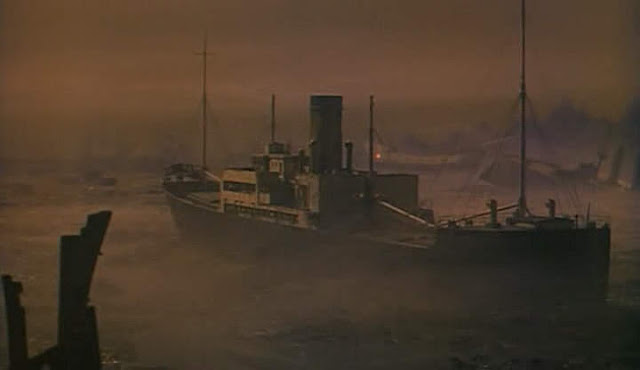 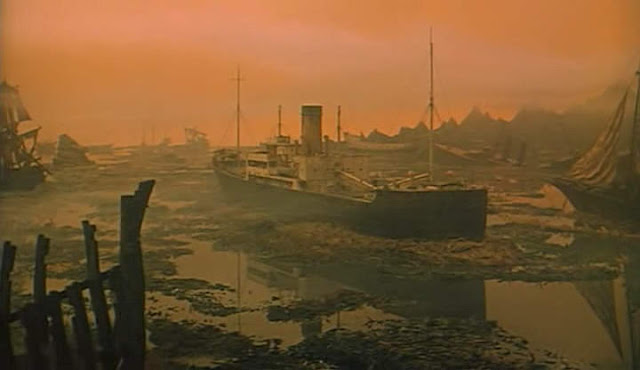 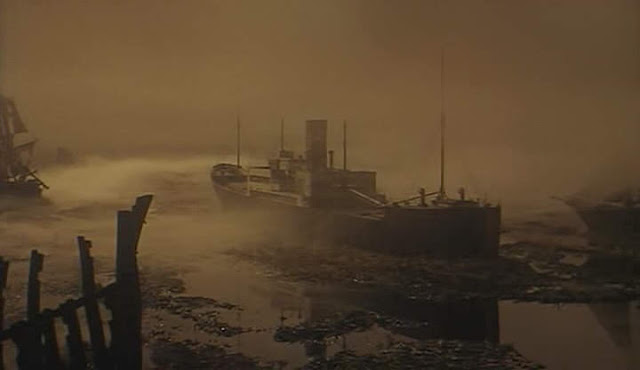 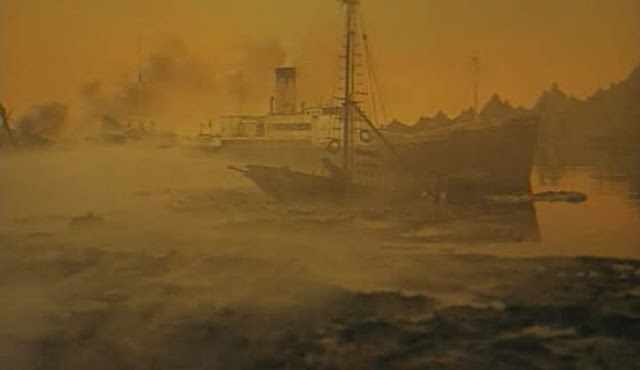 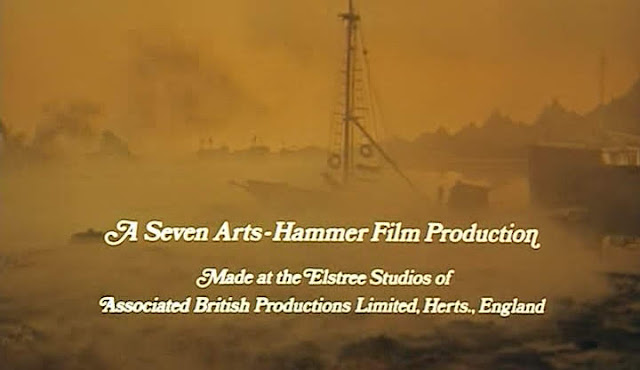