This John Wayne, Lana Turner film has a few shots with a miniature ship in it. While most of the exterior action takes place on a full size cargo ship, a miniature is used for night shots in fog, in a storm and features in a close up on the bow during the opening credits. A British naval vessel also appears as a miniature or possibly only a flat cutout as it is only seen as a silhouette in a couple of distant shots.

The miniatures were supervised by H.F. (Fred) Koenekamp ASC. 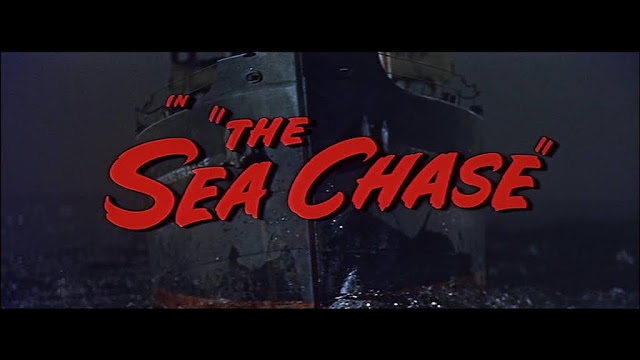 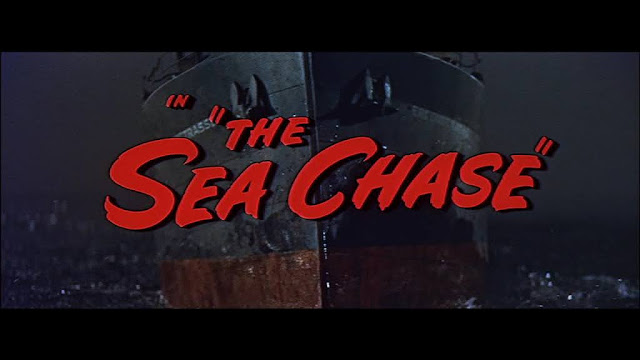 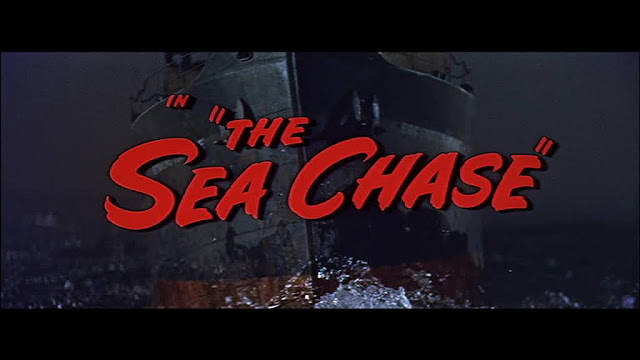 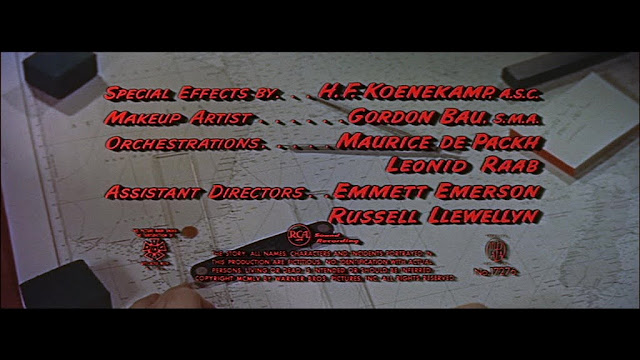 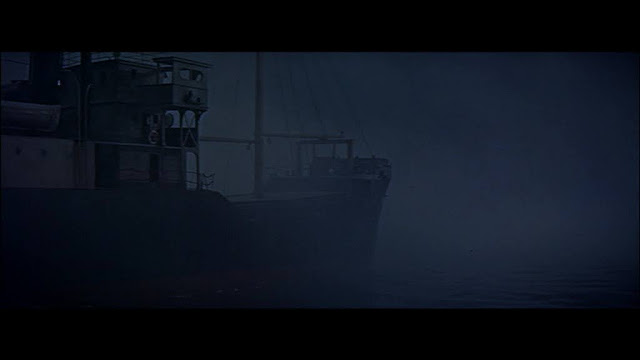 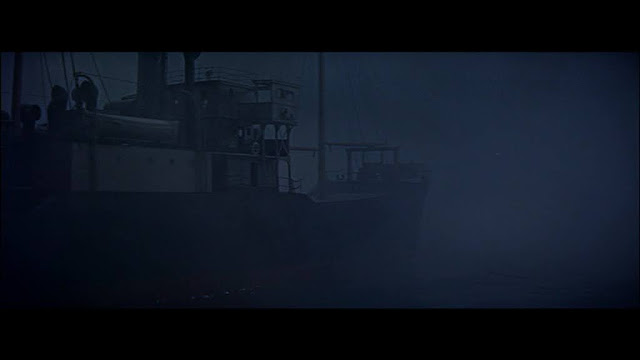 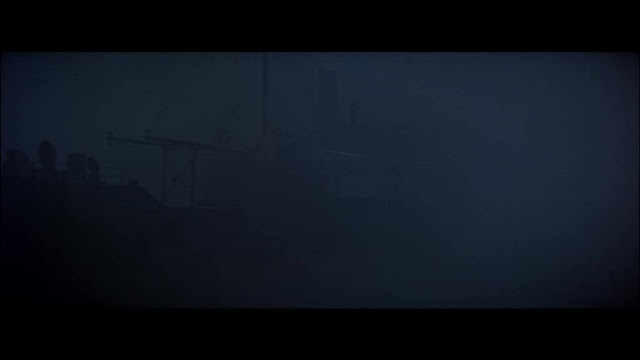 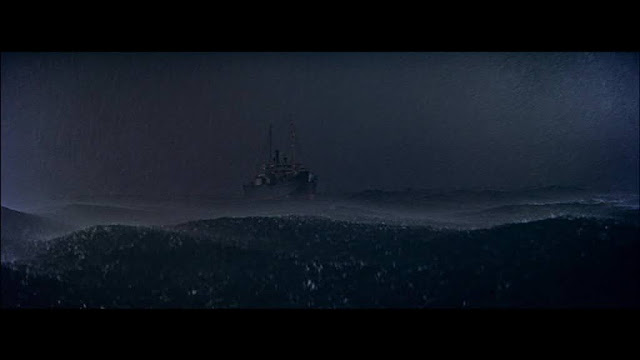 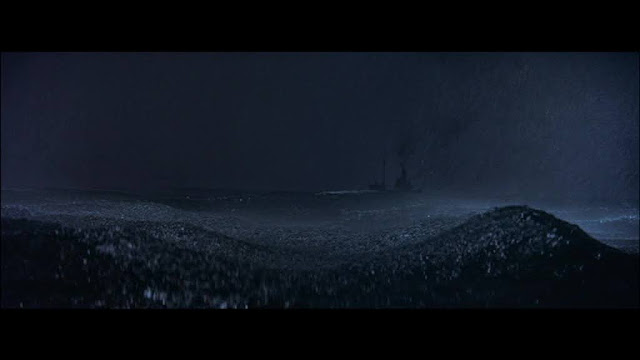 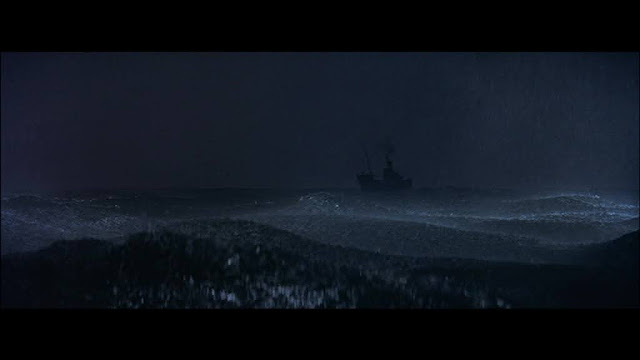 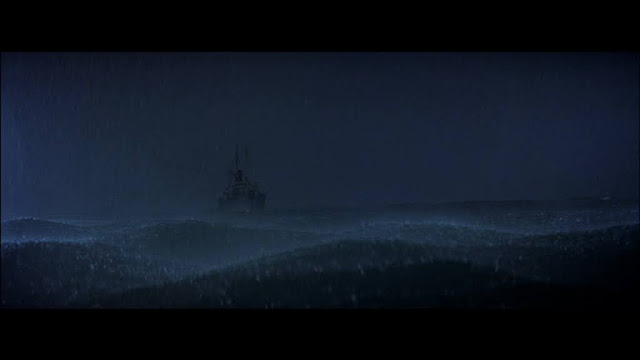 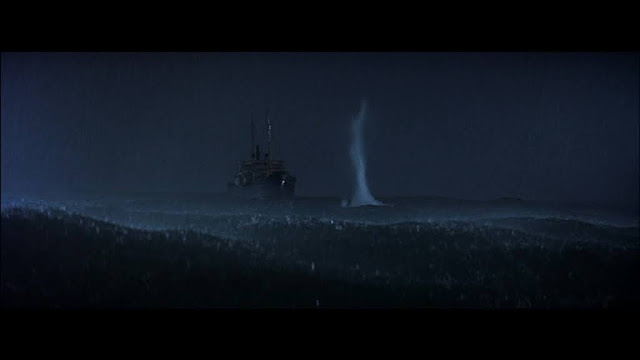 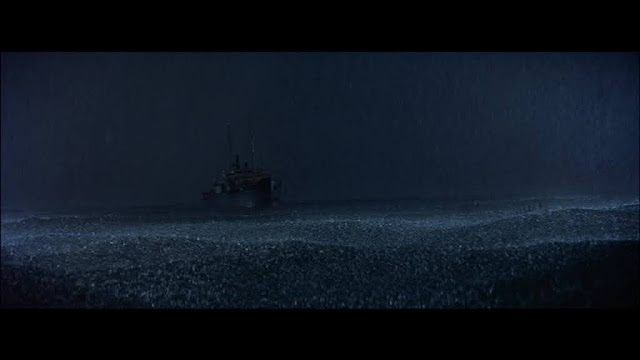 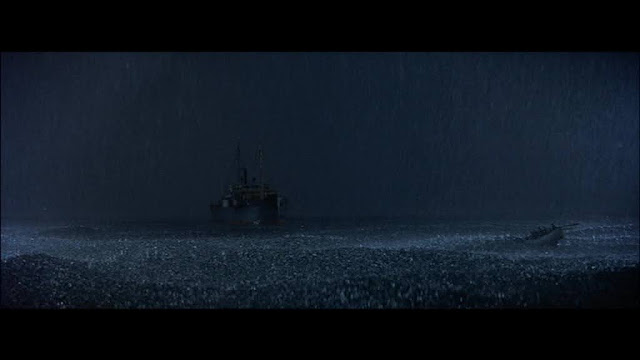 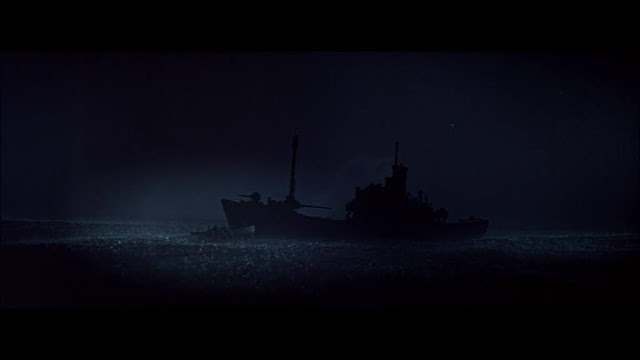 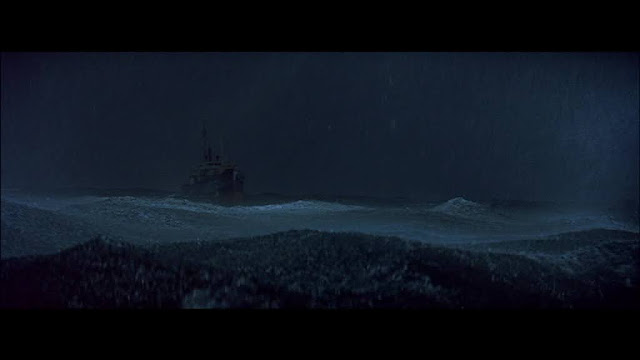 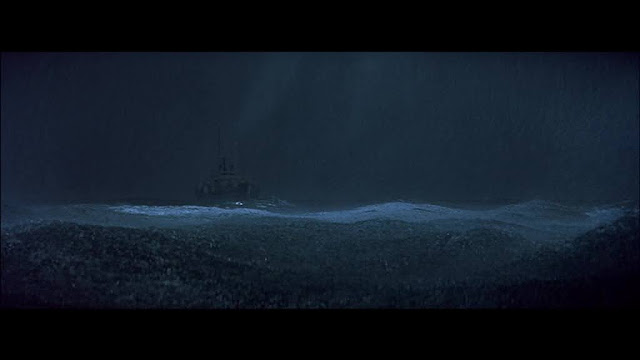 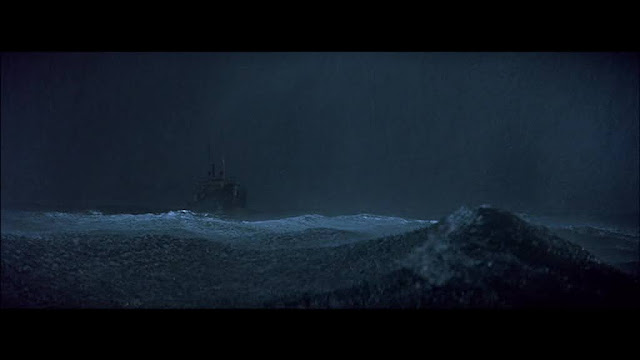 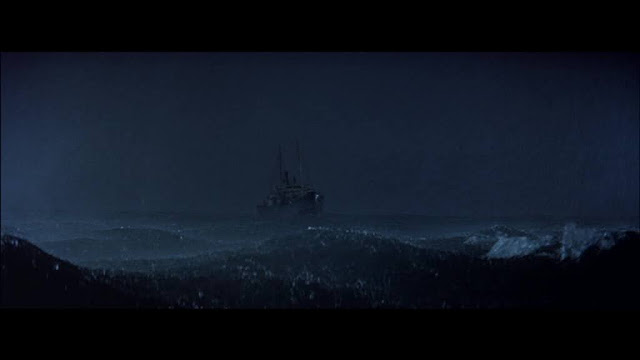 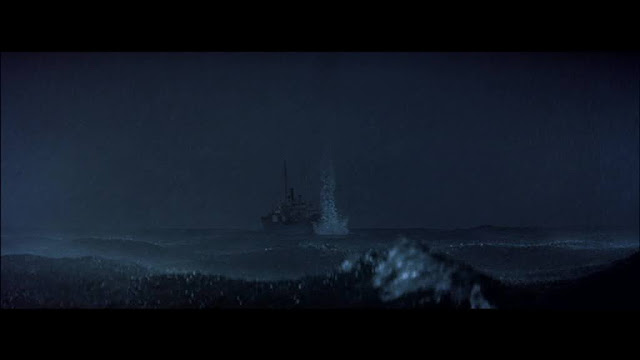 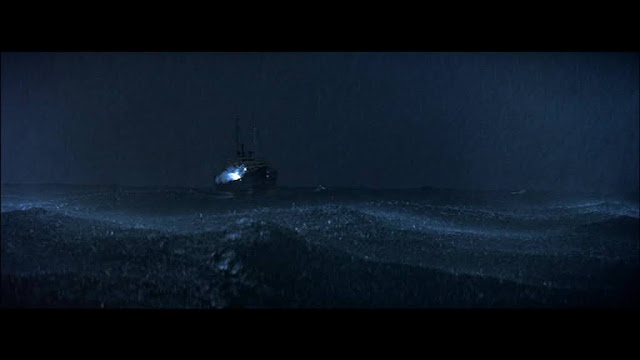 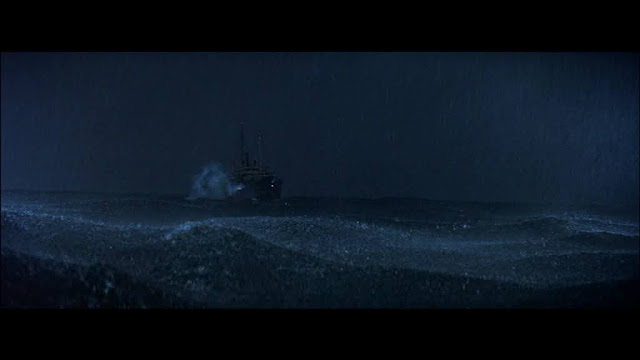 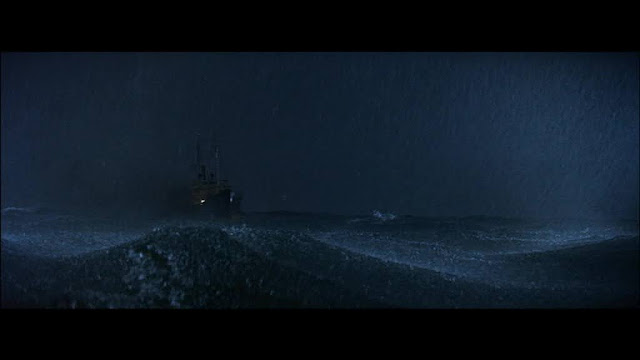 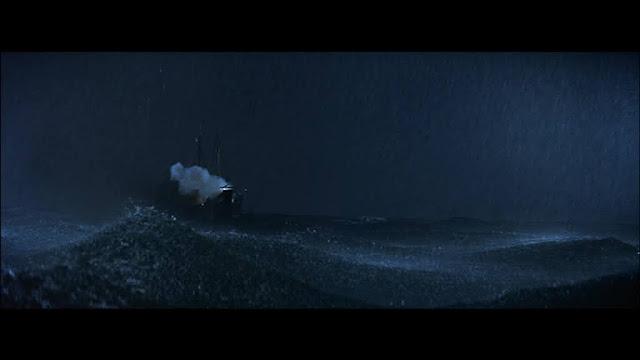 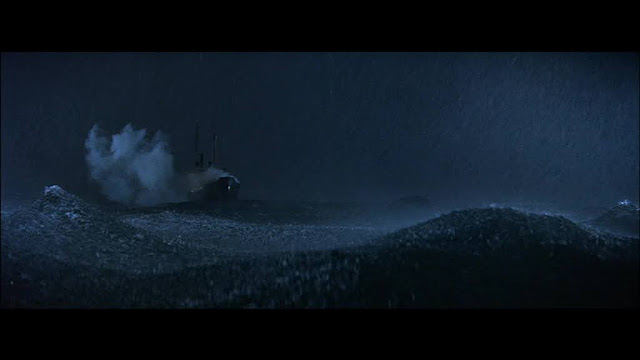 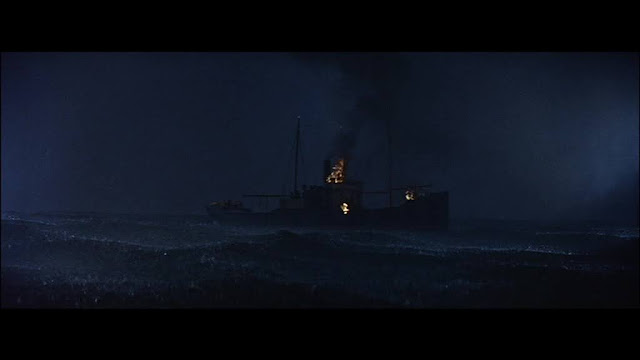 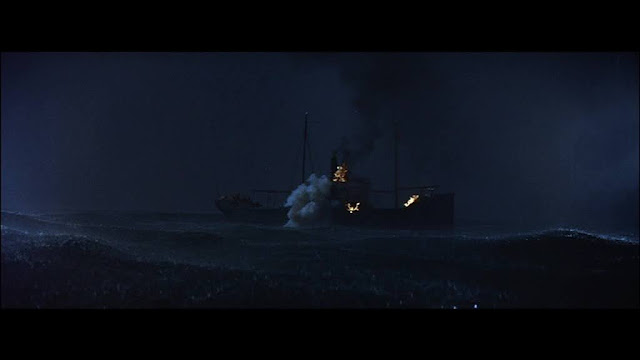 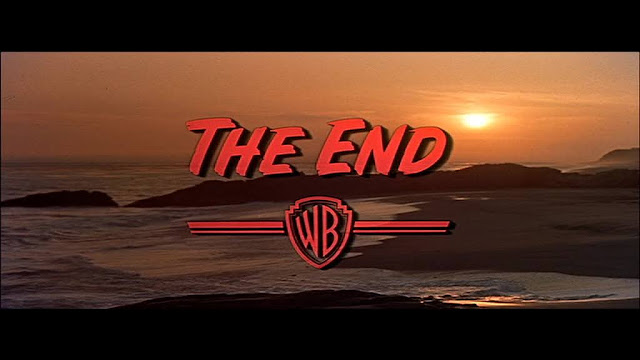