The  special visual effects supervisor A. Arnold Gillespie manages to equal the ferocity of his storm sequence from Plymouth Adventure with the spectacularly photographed sequence in this film. 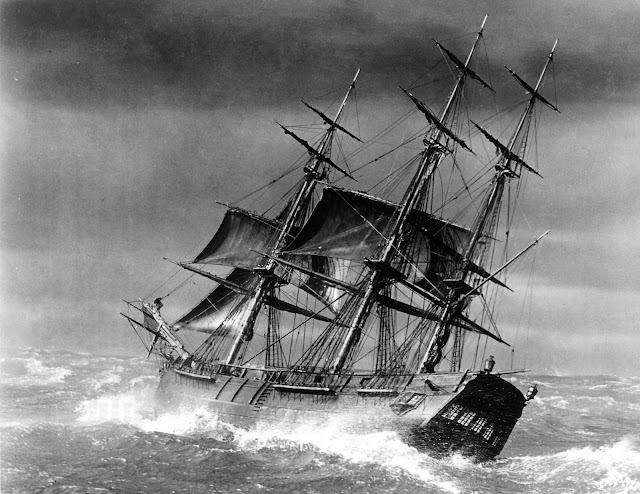 For most of the movie the Bounty is a full sized replica but for the wide shots in the storm sequence and the burning of the Bounty at the end it is a 27 foot (8.2m) long miniature at 2" to the foot scale or 1/6th. 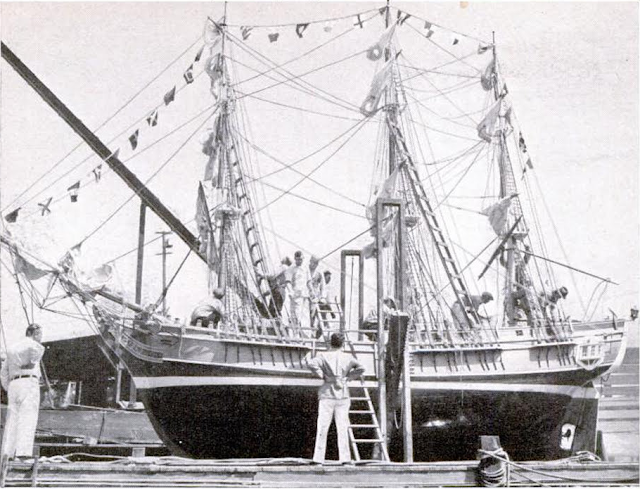 There was also a 3" to the foot or 1/4 scale model built for the shots where the camera is onboard the ship looking towards the bow. Only about 4/5ths of the length from the bow of this model was built. The book The Wizard of MGM has some detailed schematics of how the models were set up in the tank along with all the positions of all the wave and storm making equipment. It also shows the different camera positions, lens focal lengths and control cables for turning the model. There was a lot of detailed planning involved before the cameras ever rolled. As was fairly usual the scene was photographed during daylight but printed to look like night.

Source: The Wizard of MGM Memoirs of A. Arnold Gillespie Art director / Head of Special Effects from 1924-1965, Edited by Philip J. Riley & Robert A. Welch, Published by BearManor Media.
The Wizard of MGM

Email ThisBlogThis!Share to TwitterShare to FacebookShare to Pinterest
Labels: 1960s', A. Arnold Gillespie