In August 2014 I acquired a photograph of three model ships with a floating smoke ring . I had no idea what the title of the film this photo was taken from. I did know that the DEFA logo, which is in the bottom right corner of the picture, is the acronym for Deutsche Film-Aktiengesellschaft, which was the state-owned film studio in the German Democratic Republic or East Germany before the fall of the Berlin wall. I asked at the time if any reader knew any information about the subject depicted as I was be very curious to know. 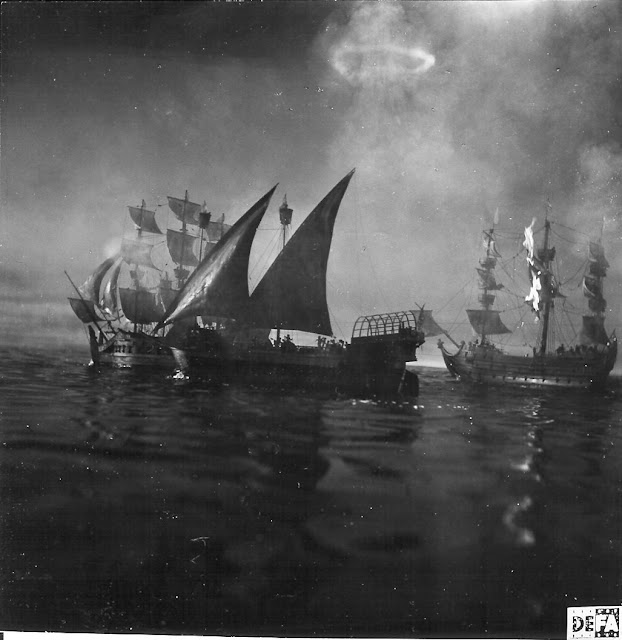 Thanks to the detective work of readers Mathias and Ronald P, the photo was found to be from the 1962 DEFA film, Die Schwarze Galeere (The Black Galley). I subsequently managed to acquire three more photographs from the same film. 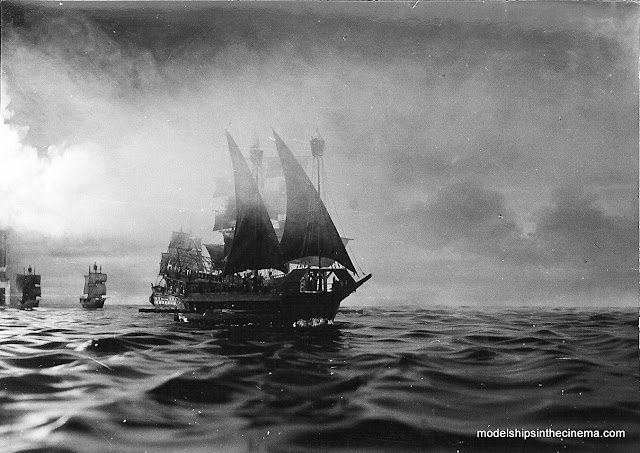 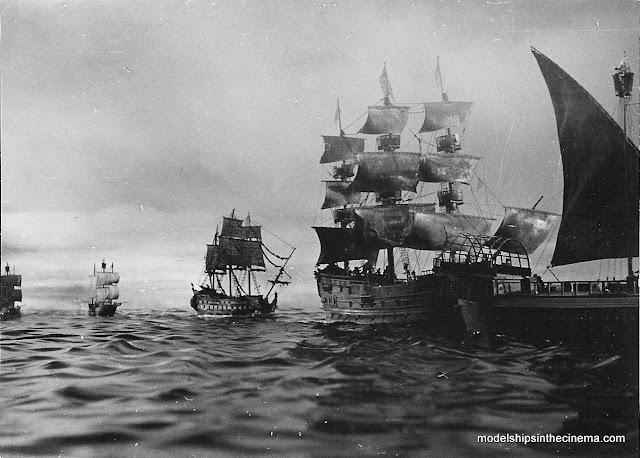 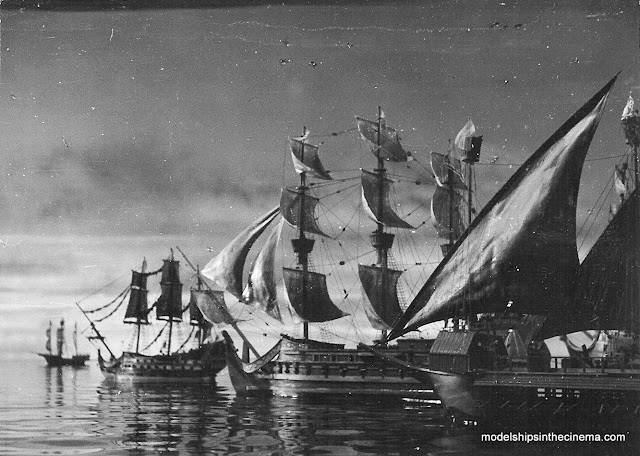 As reported by Ronald P one of the models from the film is on display at the Film Museum Potsdam. 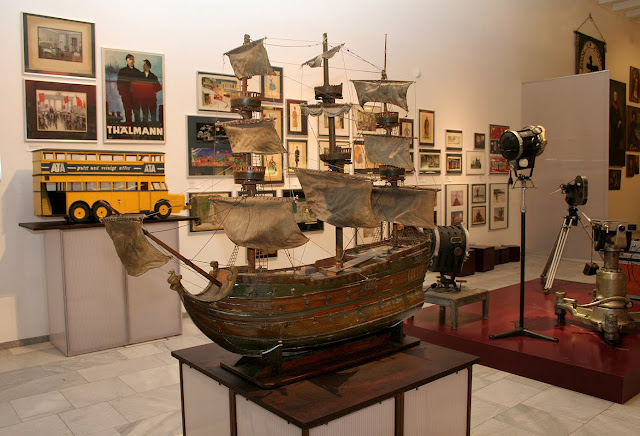 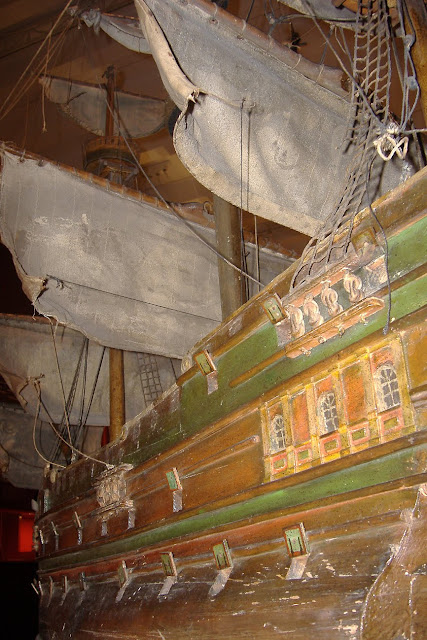