To complete the series on Ray Harryhausen films here is a movie which as far as model ships go, features shots entirely lifted from previous productions, mostly unrelated pirate movies which (except for the first shot) do not match the arabic lateen sails of the full size sets or the subject matter.

The other miniatures are of a cave and tunnel which is used as a background for the stop motion animated creatures and the live action. 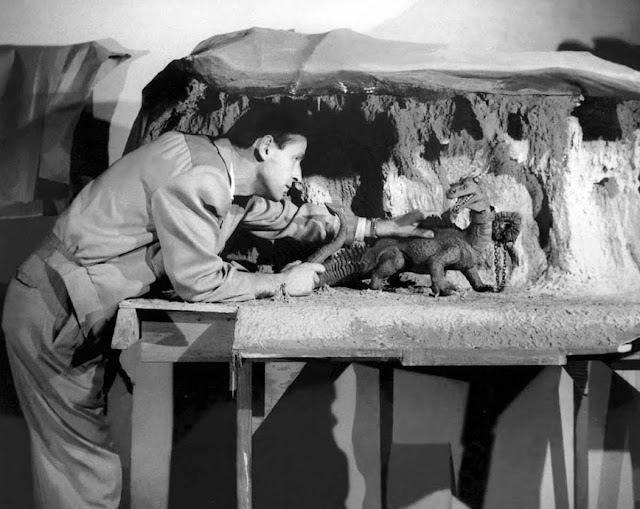 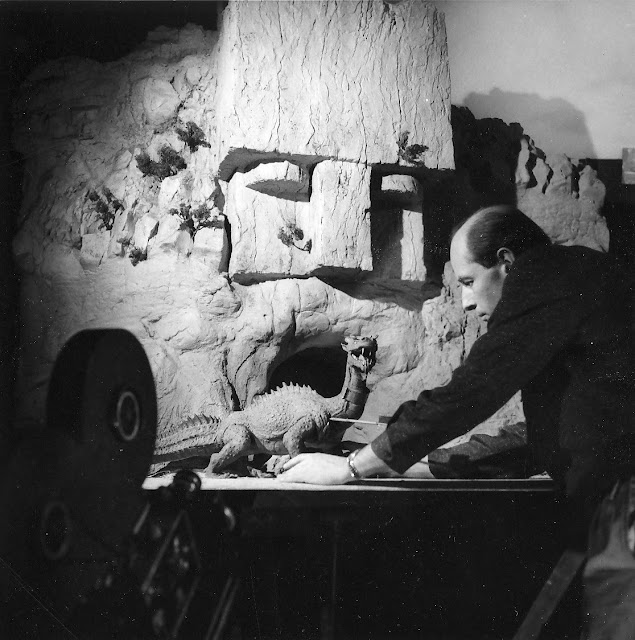 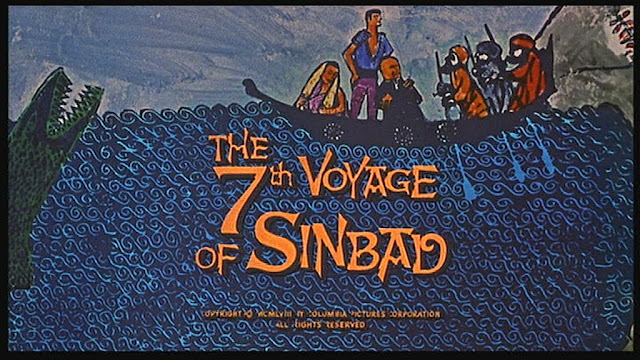 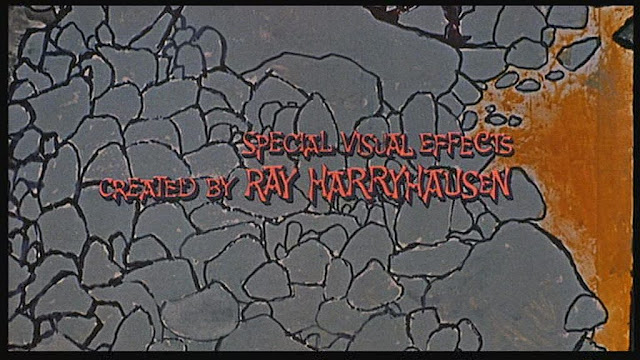 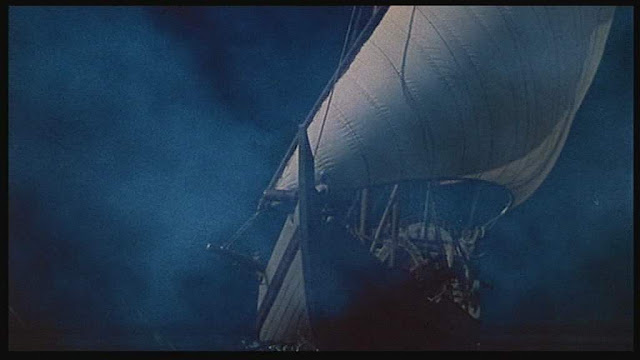 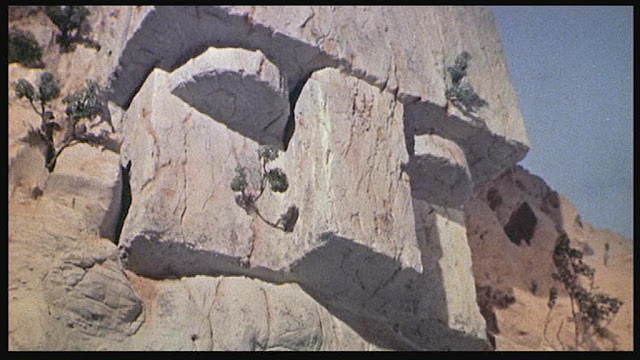 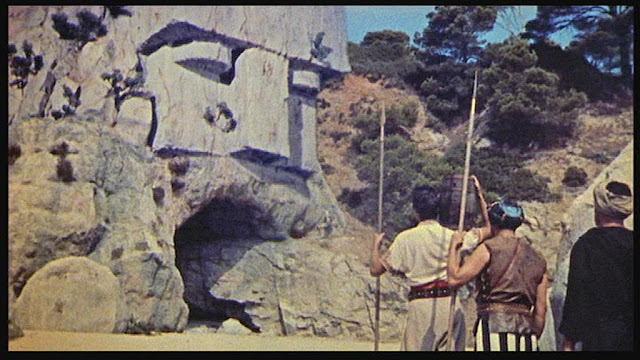 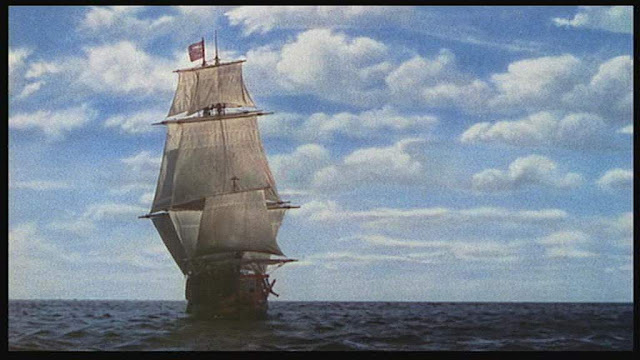 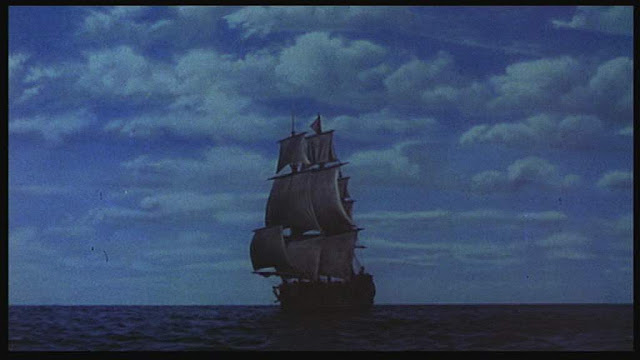 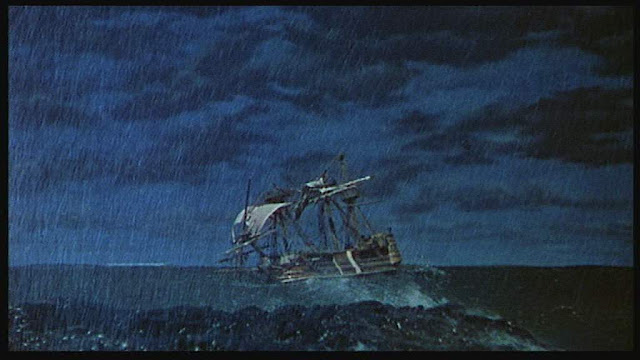 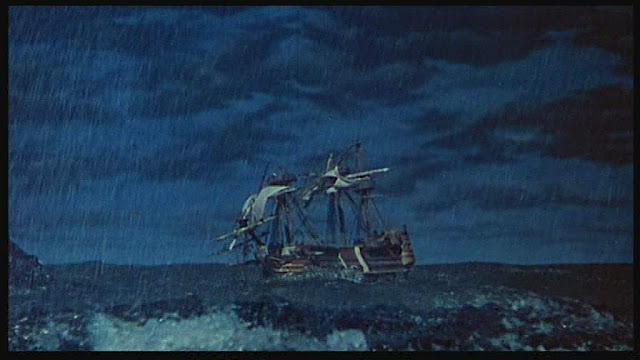 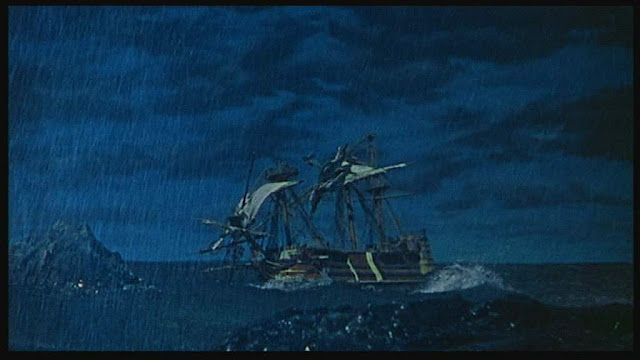 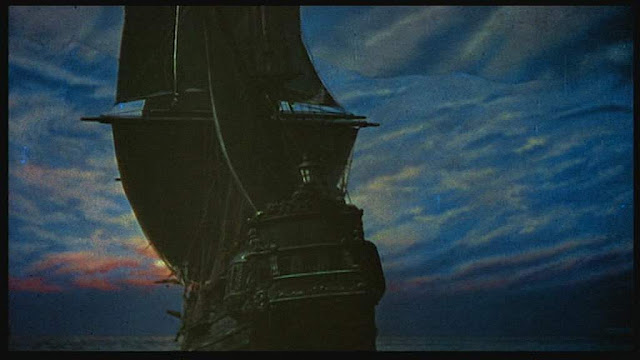 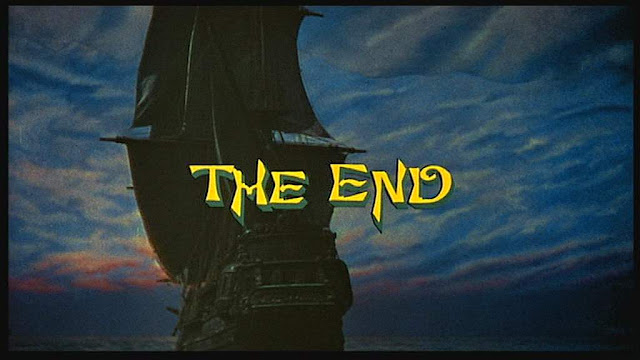