Loosely based on operation Frankton which was a British Commando raid using Kayaks to mine German shipping in the port of Bordeaux in December 1942.

The film starred and was directed by Jose Ferrer in Technicolor and Cinemascope.

There are no credits for the studio bound miniature work which looks a little toy like due to the lack of fine ripples on the surface of the water in the harbor and a lack of depth in the background. There is a shot where a full size German patrol boat cuts to a model as it explodes and the lighting doesn't really match very well. 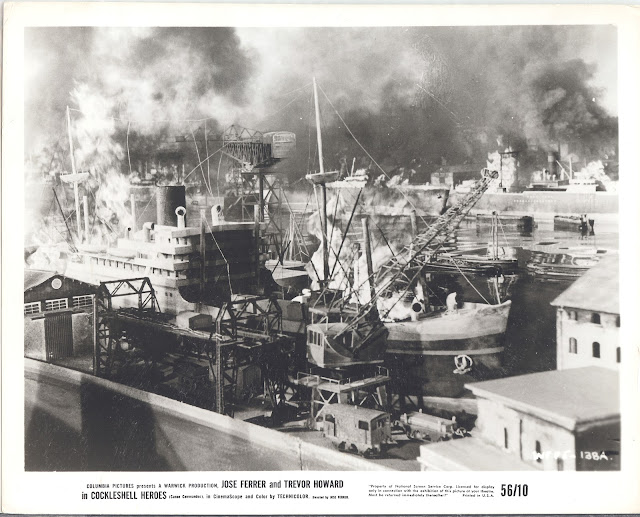 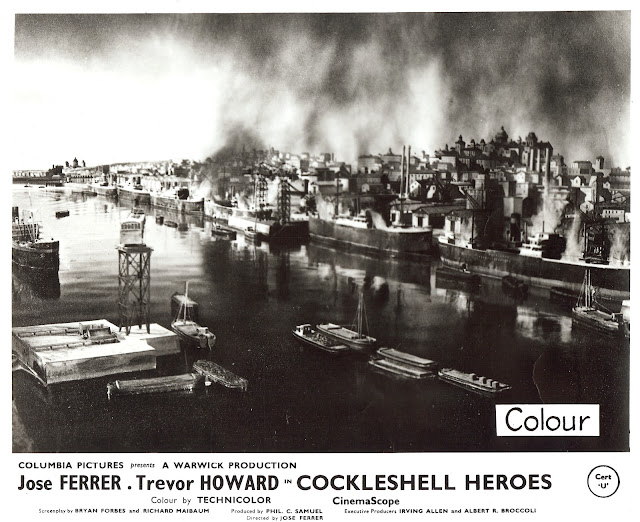 Email ThisBlogThis!Share to TwitterShare to FacebookShare to Pinterest
Labels: 1950's