Uniformly excellent miniature work on display here supervised by John Richardson. The model workshop was supervised by Brian Smithies and Rick Thomson with miniature photography by Paul Wilson. The miniatures were shot in the Rosarito tank in Mexico built for the 1997 Titanic movie.


The catamaran Stealth ship was built in the UK and shipped to Mexico in containers. It had a couple of outboard engines mounted inboard to power it.

The frigate miniature was built in Los Angeles by Bob Wilcox and Tad Krzanowski and was 50 ft (15.24m) long.

The opening of the film features some shots of miniature mayhem featuring a missile launcher and the odd truck or two. There is also a shot of a model Jet exploding. A model BMW was also constructed for a quick shot of the car flying off the roof of a car park before cutting to a full size one crashing into a shop. 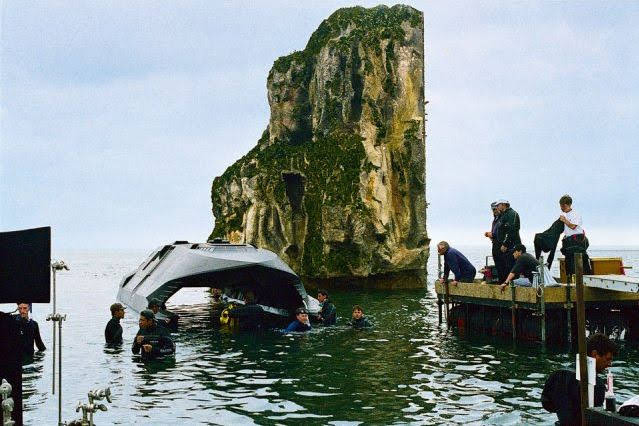 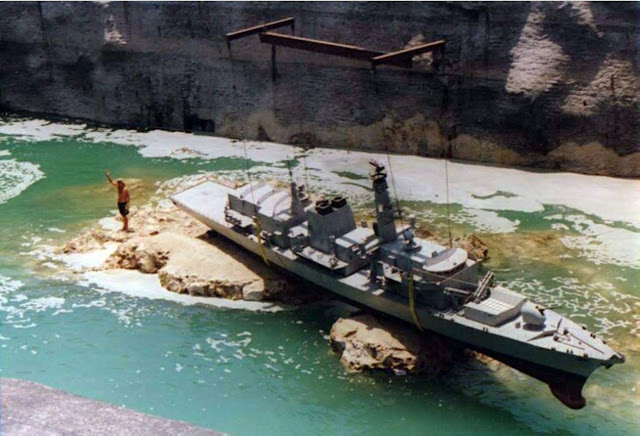 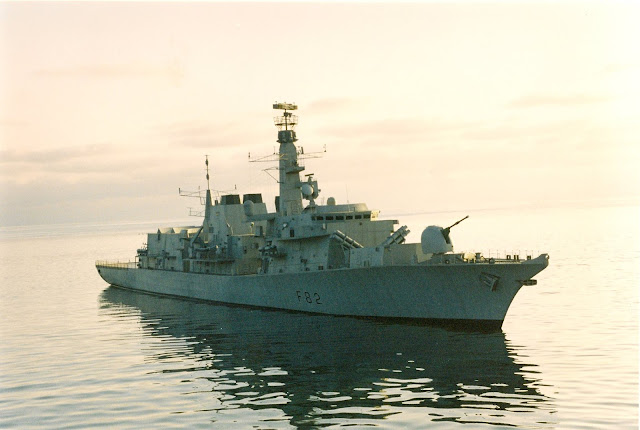 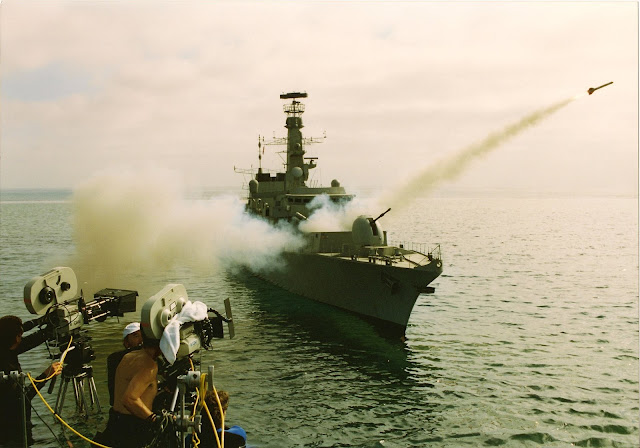 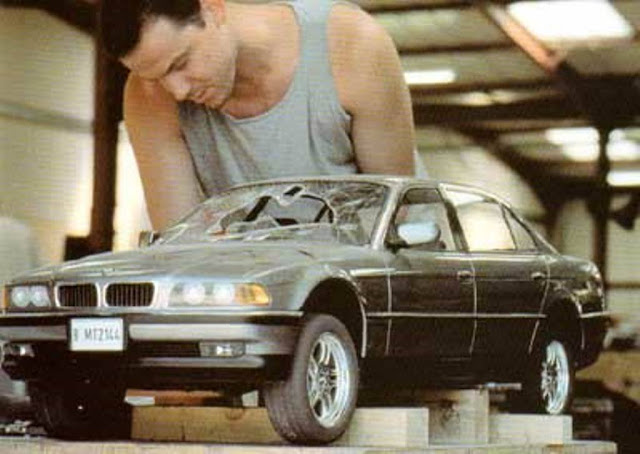 This film is an example of miniatures done right, totally believable and realistic, faultless execution from the construction to the photography.

Information on the visual effects for this movie is scant, it didn't get a mention in Cinefex which is a shame. There are a few snippets of information In the John Richardson book "Making Movie Magic".
I would really like to know more about the models and the filming. Apparently there is an article in Eyepiece the Journal of the British camera technicians vol18 no:6 from 1997 in which Paul Wilson, the miniatures director of photography, details some of the methods and challenges of the model shoot, particularly the ships. I have not been able to locate a copy but would very much like to, so if anyone has access to this journal I would like to read the article.